This week, Matt Waldman looks back at David Montgomery's 2020 campaign and the growth he exhibited as an NFL running back. 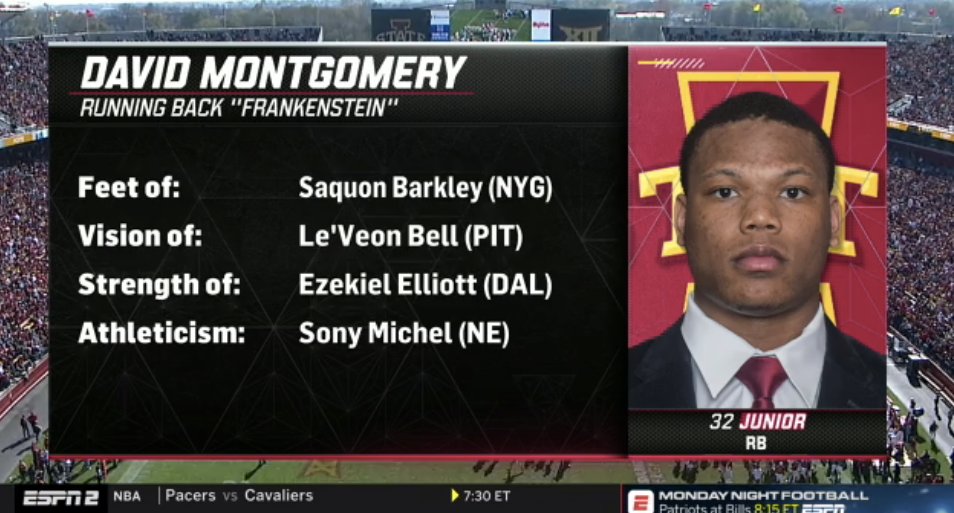 David Montgomery was the butt of jokes last year, thanks to him undergoing a rookie learning curve that led to a backlash from analysts and fans who used the pre-draft declaration of "Running Back Frankenstein," from ESPN's draftniks as a point of derision towards the talent Iowa State star. Last year, Montgomery's play sparked a lot of criticism and fear about his NFL future as a legitimate featured starter:

The first point alarmed most analysts who were critical of him. Of course, it was the last three points—all valid issues—that were correctable over the course of time and could alleviate any concerns about Montgomery's long-term prospects as an NFL starter.

Continue reading this article with a Season Long Pro subscription.

"Footballguys is the best premium
fantasy football only site on the planet."
Matthew Berry, ESPN

T.J. Hockenson Is a League Winner

D.J. Moore Is on the Verge of Elite

The Gut Check No.537: A Deep Dive into the Rams' Backfield

The Gut Check No.536: Don't Sleep on Emmanuel Sanders

T.J. Hockenson Is a League Winner D.J. Moore Is on the Verge of Elite Stop Undervaluing Keenan Allen Team Defense Tiers, Targets, and Players to Avoid Dynasty Trade Value Chart: August What Carson Wentz's Injury Means for You Monday Injury Rounds: The Importance of Entrance Physicals 7 Deep RB Sleepers 5 Wide Receiver ADP Risers: Are We Sure We Have it Right?